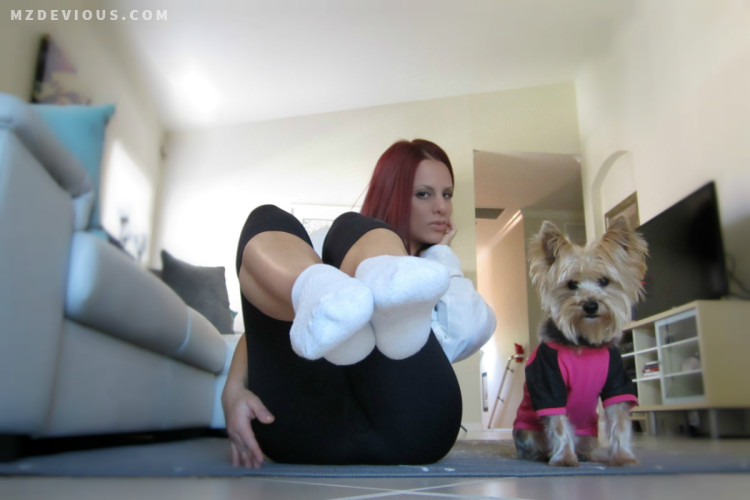 I should be writing about things like new clips, updates ( especially catching up on shit since I was away last weekend) .. or fixing my website because it’s acting buggy lately. But nah, I’m tired, so instead I’ll blog about Lilith, my Yorkshire   terror. The dog is hilarious. She waves her paws in the air .. like ” yooo-hooo.. over here”… when she wants your attention. She lifts the blankets when we’re asleep and crawls underneath.. tucks herself in and puts her head on the pillow. Stolen socks and underwear are dropped into her food bowl ..then she plays dumb when we find our missing things buried under kibble. “Durrrrr.. how did those get in there??”

Whenever I come home, or when people come over to visit,  she lets out a loud rolling yawn type of a vocal growling sound as if to say ” hello human” .. actually she does this all of the time. She talks a lot. She also loves the camera, as seen in the photo above. I was in the middle of filming  a sock fetish clip ( she’s off to the side-lines waiting to steal the socks because that’s what she does )..  yesterday, the pooch walks over, sits down and stares into the camera LIKE A BOSS.

Another cute pic of soles, toes and me being interrupted by a dog on a mission to chew up my socks.

“Oh hai ma, I was wondering … when you’re done making movies about your feet.. can I have some crunchy treats?”.. 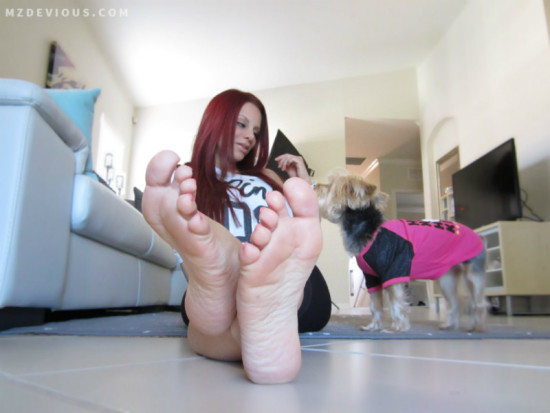 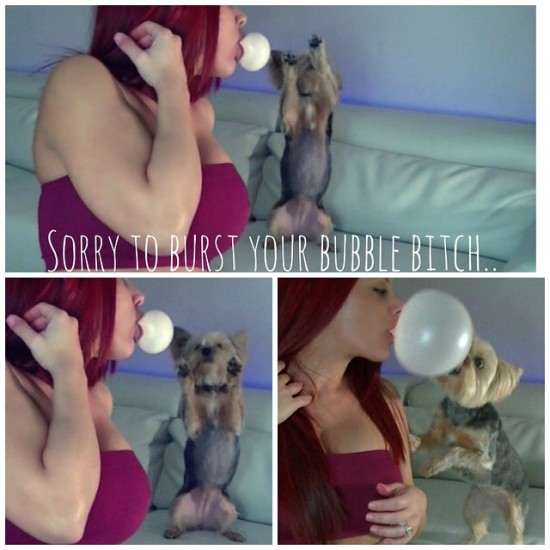 Bubble gum clip photo-bomber. Had to do that one over. She’s like those dimwits that  jump and flail their arms behind  location news reporters  like ” hey I’m on TV…look at Me WoOoHoOooo”………

And that’s all for now. Perhaps tomorrow I’ll get around to adding a more fetish-worthy blog post.

I’ve added a boat-load of hot clips. Check em out ♥